Today I have the WONDERFUL Melody Winter here to talk about her new release! Check out this AMAZING trailer: 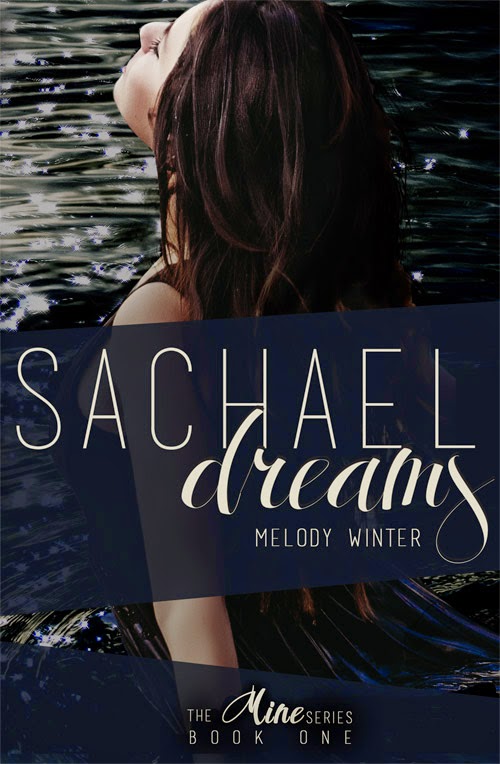 About Sachael Dreams:
Twenty-two-year-old Estelle Bailey has had enough of busy city-life and her hot-tempered ex. She escapes to the seclusion and peace of her family’s clifftop home in Ravenscar, where the soothing solitude whispers to her soul as strongly as the sea itself does. But her newfound contentment is interrupted when a mysterious man—a Sachael, master of seduction—joins her midnight swim unexpectedly.
Estelle struggles against his charm and the overpowering attraction she feels for him. He offers her a life she never could have imagined, a life beneath the waves . . . but at what cost? Before she can decide, she’s captured, ensnared by the Sect, a secret enemy of the Sachaels, becoming a pawn in a war she knew nothing about.
Now, she’s left with a new choice—escape the clutches of the Sect and flee into the ocean, or side with her alluring, intimidating captor and destroy the Sachaels forever. Can she turn her back on the man she might love, or will the secret of her heritage change everything?
Set against a picturesque backdrop, Sachael Dreams is the first in a new series, exploring themes of romance, love, and identity, and the struggle that happens when all three collide.
Get Sachael Dreams Today!

SPECIAL TREAT! Melody is here to share some insider details on Ravenscar, where Sachael Dreams is set!

The setting of SACHAEL DREAMS – Ravenscar.
I wanted to give you a behind the scenes look at Ravenscar seeing as it features strongly in SACHAEL DREAMS. So many people ask me, "Why Ravenscar?" so I decided to try and answer as best I could.
Firstly--the natural and rugged beauty of the coastline. 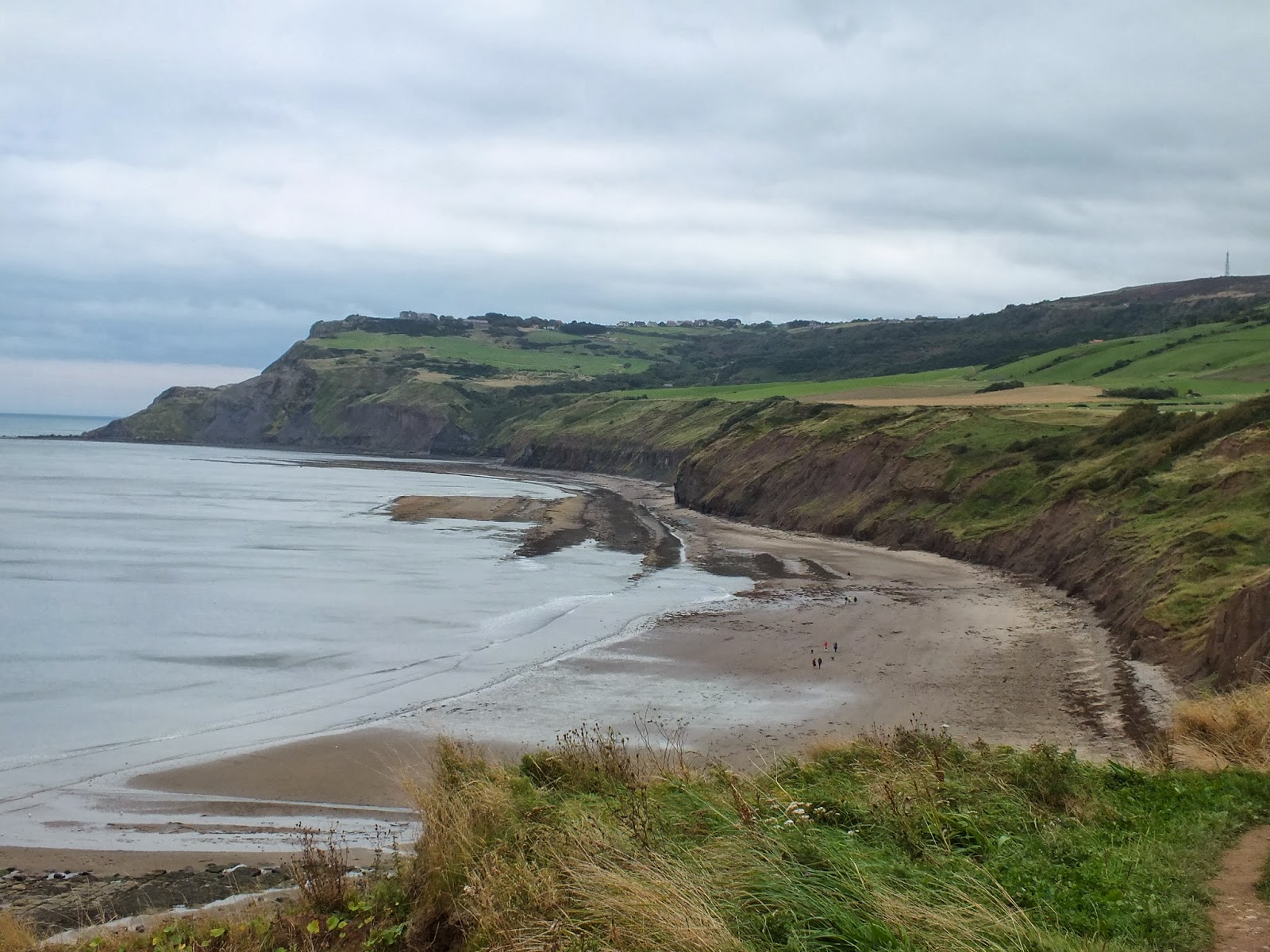 When I first started writing the first book in the series, Sachael Dreams, I set the story in the Orkneys, off the north coast of Scotland. But something didn't feel right--it was too far away and I wanted somewhere I could visit and soak up the atmosphere. And then I remembered a place that I'd heard about in a conversation several years ago, 'the town that never was', Ravenscar. Internet searches soon revealed the brilliant suitability of such a place for my novel. It is steeped in mystery, broken dreams and strange bets amongst the rich. Peak House, now known at Raven Hall Hotel, (Yes you can stay there.) is rumoured to have been a hospital for the insane at one point, even treating King George for his madness. This is not classified as fact, neither is the story that Peak House transferred ownership in a bet over two racing woodlice! But it was only when I visited Ravenscar, renting a converted barn and staying for a week, that I began to understand the true beauty and mystery that it had to offer.
The Mermaids Tables, at the foot of Ravenscar (if you fancy near enough abseiling down to the bottom) were a known fact, but to actually see the shear size of them, and wonder at their formation was completely unforgettable. The fierce incoming tide was quite spectacular as well, as you can see--look just beyond the large boulders and see the size of those waves! 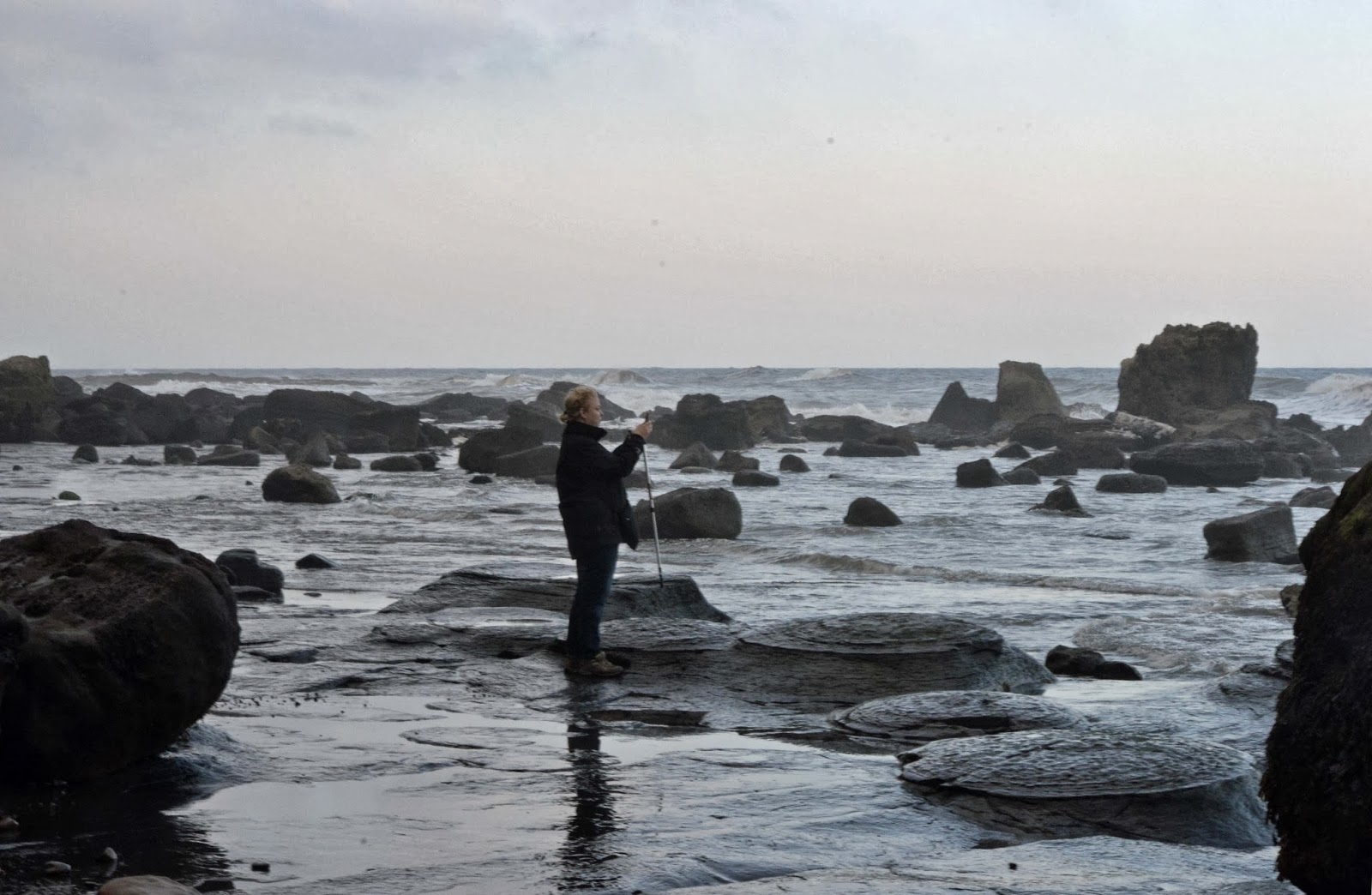 Both Peak House, and the Mermaid Tables feature in Sachael Dreams. Both are significant in their own memorable way.
I'm lucky enough to live only an hour's drive away. I have visited often over the past few years, and stayed several times for extended vacations with two of my close friends. The building I visualise as Estelle's home is actually an old barn which you can see from the top of Ravenscar. (pictured toward the left of this photo) 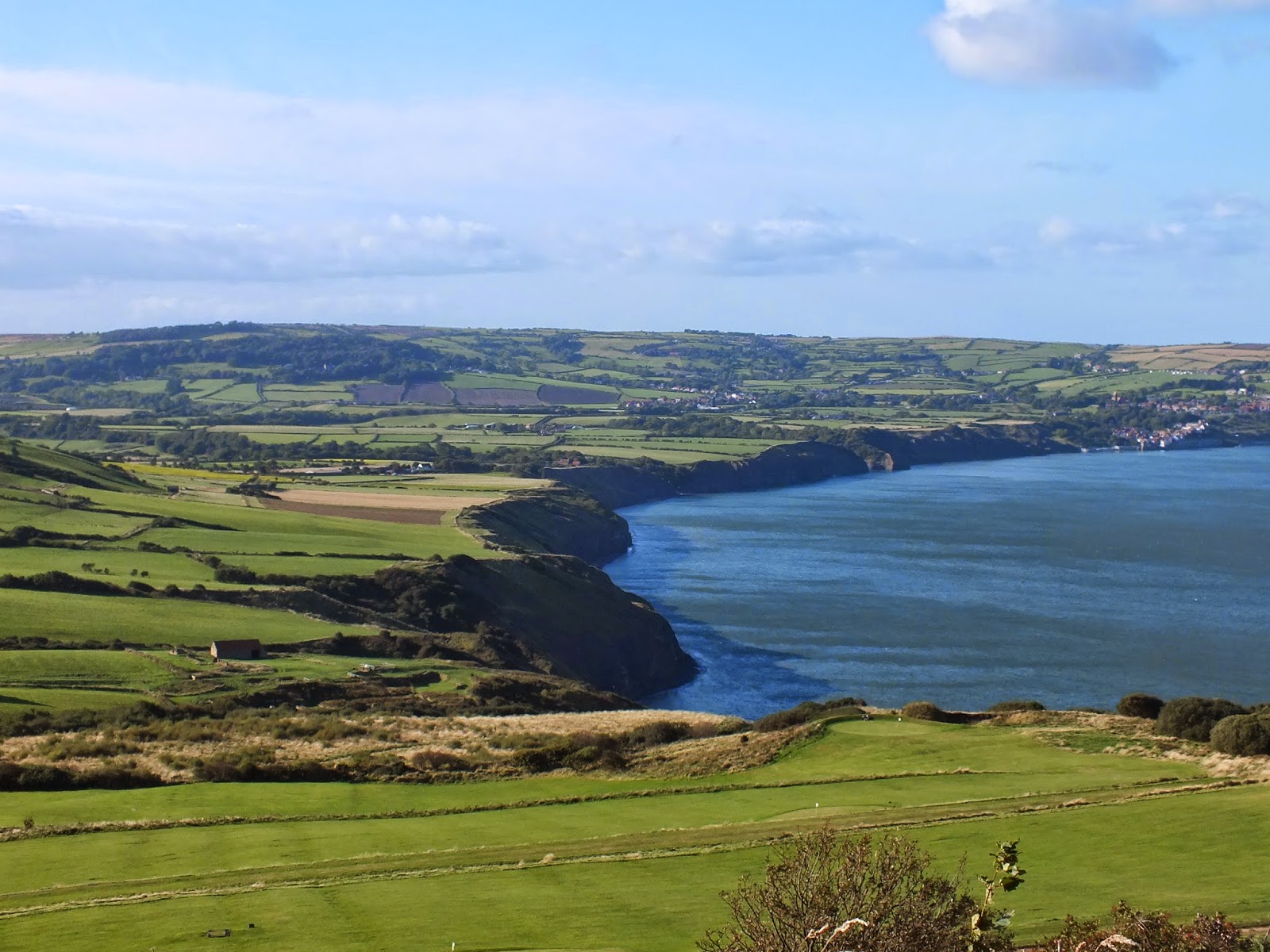 The best thing about visiting Ravenscar is that within minutes of walking away from the road, you find yourself in a completely different world. You're away from cars, buildings, and people, and as you wander along the tracks that Estelle walks along, it's so easy to immerse yourself in her head, her world, her life. Ravenscar has a magical quality to it. The silence seeps into you, the surroundings calm you, and the beauty of living in such a desolate place overwhelms you. 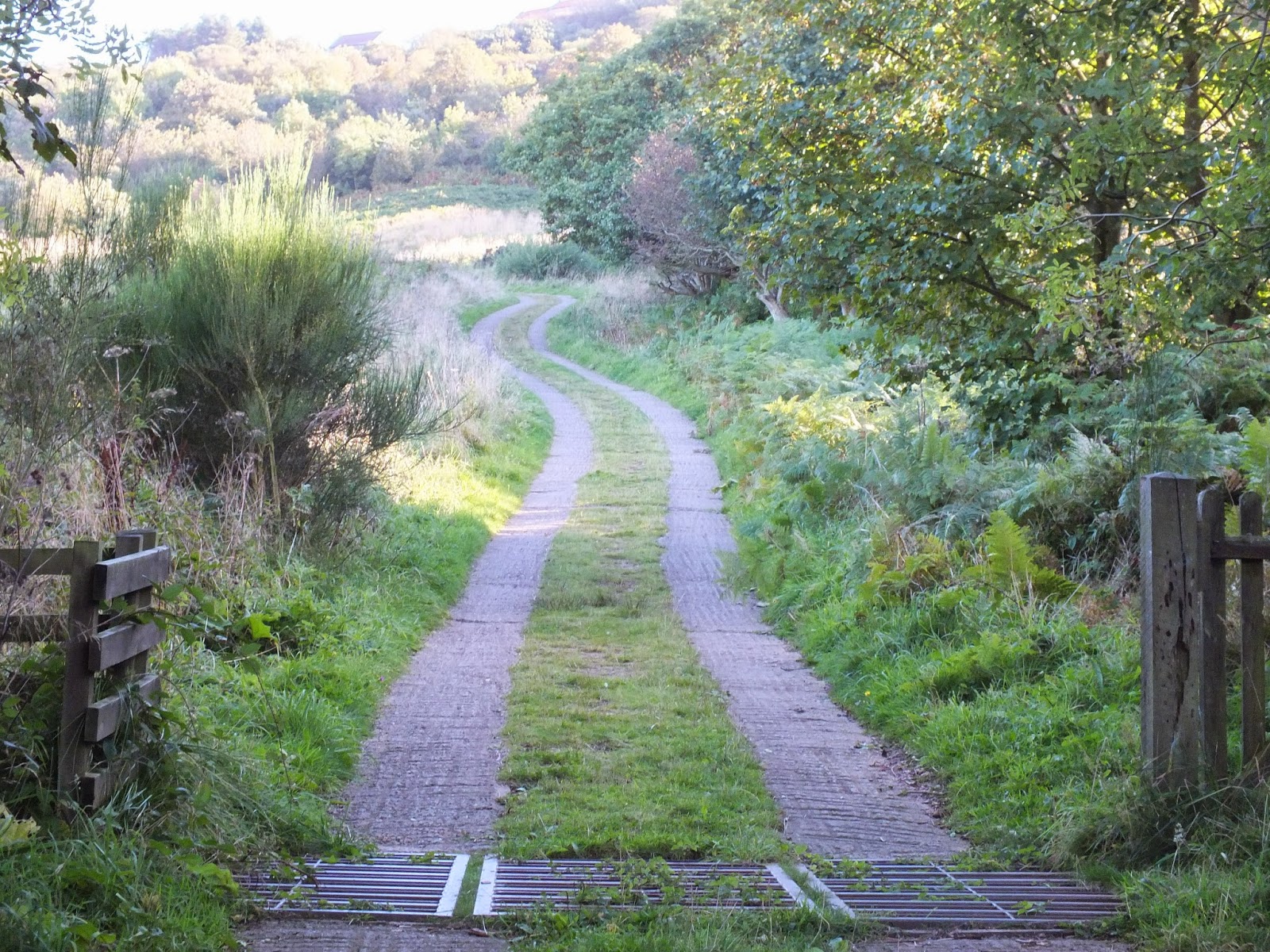 I have yet to see Ravenscar shrouded in mist, or a sea fret. I imagine it takes on a creepy atmosphere, a frightening place to be in such a time, but again--it all adds to the mystery that is, and will remain, Ravenscar.
Links for Ravenscar:
Wikipedia - Ravenscar 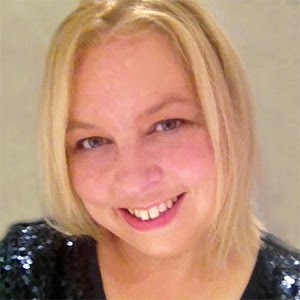 About Melody Winter:
Growing up, Melody Winter showed a natural ability in art, a head for maths, and a tendency to write far too long English essays. Difficult to place in the world when she graduated, she pursued a career in teaching, but eventually ended up working in Finance. Melody is convinced the methodical time she spends working with numbers fuels her desire to drift into dream worlds and write about the illusory characters in her head.
Melody Winter lives in North Yorkshire, England, with her husband and two sons. When not dealing with football, rugby, and a whole plethora of ‘boy’ activities, she will be found scribbling notes for her stories, or preparing for another trip to the beach. With an obsession for anything mythical, Melody revels in reading and writing about such creatures. In fact, if she wasn’t such a terrible swimmer, she’d say she was a mermaid.
Sachael Dreams is her debut novel, and the first in her New Adult Romantic Fantasy series—the ‘Mine Series’.