You guys, this is the book I've been waiting for, and this cover... oh, this cover. Tera Shanley-- my boo, my sister from another mister, my gurl, my twinsie but not in looks-- is wrapping up her FABULOUS zombie romance series. If you haven't picked up the first book in the Dead Rapture series, now is good time to get on that because IT'S ONLY .99 FOR A LIMITED TIME. Then, when you're done, moved right along to book two, because the third and final book drops on February 17th and you want to be ready for it.

Okay, on to this AMAZING cover... 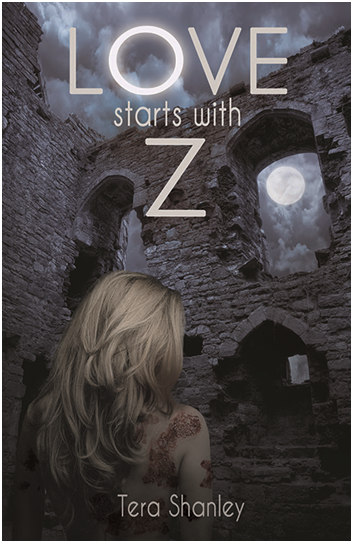 “She was Dead and human, and no matter which side she chose, she was a traitor.”

Twenty-four years into the Dead outbreak that ended the world, Soren Mitchell sticks out like a sore thumb in the remains of the human race. She's an anomaly: a hybrid of human and Dead, created by her mother's genetic immunity. Like her parents, she's fierce and strong. But despite their hopes for her happiness and safety, and even though she is no real threat to the colony, she has let the humans muzzle her and confine her within the walls of Dead Run River in search of a cure.

When Kaegan Langford stumbles into the colony with an injured friend draped across his shoulders, her world is turned upside down. Intrigued and affected by her, he asks her to come to Empalme, Mexico with him to fight in the war between Deads and humans. It'll be a long, treacherous journey to the coast, but she's had all she can take in the colony.

Battles with Deads, betrayal, injury, kidnappings, and a criminal-run train ride stand between them and the war. But in the end, it's not just the war with the Deads that could be the death of them.

Tera Shanley's final book in the Dead Rapture series will thrill your heart...and your braaaains.

Tera Shanley writes in sub-genres that stretch from Paranormal Romance, to Historic

A self-proclaimed bookworm, she was raised in small town Texas and could often be found

decorating a table at the local library. She currently lives in Dallas with her husband and two

young children and when she isn’t busy running around after her family, she’s writing a new

story or devouring a good book. Any spare time is dedicated to chocolate licking, rifle slinging,

zombie slaying, friend hugging, and the great outdoors. For more information about Tera and her