Sixteen-year-old Isra Kalb has grown up starving in the slums of Islamabad. But hunger is only the beginning. When her father is mysteriously murdered and madness corrupts her mother's mind, she's left alone to fend for herself and her sister. Homeless and destitute, the only thing she has to remember her loving family by is a commonplace necklace--an amulet barely worth keeping.
Or so she thinks.
Swept into a web of lies, deceit and turmoil, Isra struggles to find a place for herself and Zaffirah, wondering if the strange creatures and visions she's seeing are indications of the madness that took her mother. But when Snatchers capture Zaffirah, Isra learns her amulet isn't so useless after all. Transported to Zarcane--the beastly garden where Adam and Eve were born--Isra comes face to face with her destiny. She's a Keeper, charged with protecting the borders of Zarcane and keeping the demon hordes lurking in the shadows from taking realms that are not their own. And she's not the only one; there's a second Keeper, a boy whose identity hasn't been revealed.
Now, in order to save her sister and fulfill her family's legacy as Keeper of the Amulet, she has to find the second Keeper and close the borders. Surrounded by betrayal, trapped between warring factions of angels, and desperate to save the only family she has left, Isra must decide:
Who can she trust when nothing is what it seems? 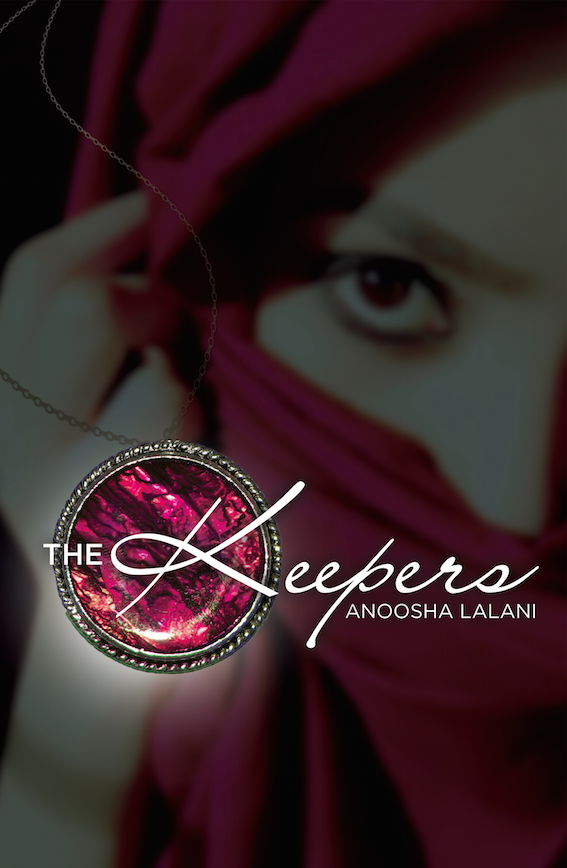 Anoosha Lalani has always had an insatiable desire to escape reality. It was a childhood trait that never seemed to fade out. If Anoosha were to make one wish, it would be to have wings to journey off the face of this planet and into the worlds of her stories.
When she’s not writing, you may find Anoosha attending high school in Singapore. Having moved around so much, she has had the wonderful opportunity to be exposed to a vibrant range of cultures, which often seem to find their way into her stories. Anoosha was born in Pakistan, the setting of her most recent novel, The Keepers.
Connect with Anoosha on her website and twitter, or add The Keepers on goodreads.