Review: THE DARKNESS OF LIGHT by Tammy Farrell 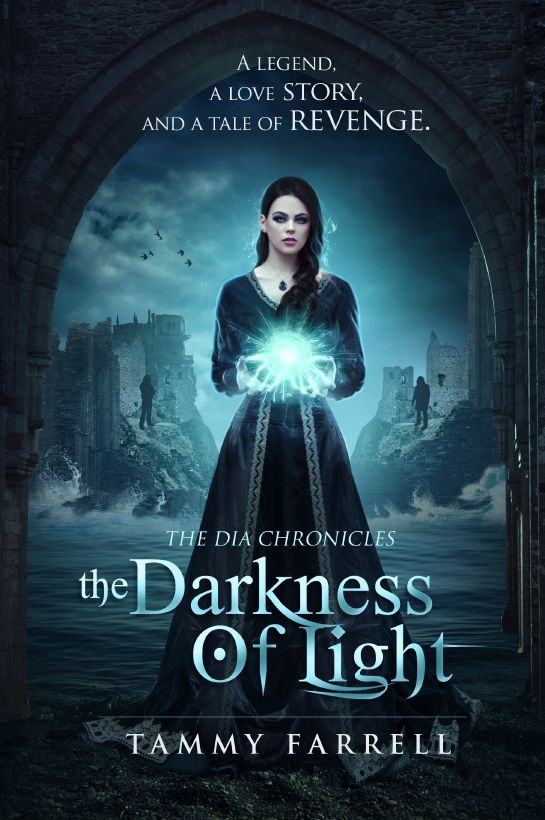 Confession: In the past, there have been several historical novels that I’ve fallen in deep passionate love with. Eleanor and Park (though some consider it to be a contemporary), Gone With the Wind, and Cold Mountain to name a few. But to be honest, it isn’t my favorite genre. I had a good feeling about this book by Tammy Farrell though, and I was not disappointed in the least.

THE DARKNESS OF LIGHT is based on the ancient Irish Tuatha Dé Danann mythology of a people who exhibited god-like powers, known as Dia. The story centers on a young Dia named Mara who has yet to come into her powers. After tragedy befalls her, she is taken in by an uncle, who is a stranger to her, and his small family of Dia. There is Corbin whose kindness is a balm to Mara’s broken heart. Little Isa whose innocence draws Mara out of her shell. Quiet but faithful Annora who has very little Dia blood and therefore, little power. And Malcom, the man appointed to be Mara’s trainer, who sets her on edge from their very first meeting. Mara is thrust into this strange existence where power, if not reigned in, can feed the darkest parts of person’s soul.

Now, let me tell you what I thought: I loved this book. Not for the pretty writing (though it WAS beautiful). Not for the vivid descriptions that transported me to sixth century Dumonia (though it took me there with ease). Not even for the sweet romance, which as you might know, is sort of my thing (see my fave historicals above). I loved this book for the lesson I learned while reading it. I’ll do my very best to explain.

At the pinnacle of the story Mara suffers a great injustice. Her teacher, a man she should be able to trust, steals her power. Physically, emotionally, spiritually. He abuses his own power, lording it over her to get what he wants. He claims to love her but only shows it through the most selfish of actions. And when Mara is at her very lowest, he threatens those she cares for. I’ll be honest and say that this part of the book was hard for me to read, as there were some personal triggers. But I never considered putting the story aside. I had to see how it played out.

Watching Mara heal, learn to trust again, and ultimately choose to take back her power was what made me want to bear-hug this story. But perhaps the greatest thing was this: the author took the bad guy (who was so authentically bad) and made the reader… understand him. This is something I don’t see enough of in fiction. And the reason this is important, in my opinion, is because in real life, when someone wrongs us so deeply, the first question we ask ourselves is, why? Many times, we get no answer. Or at least not one that satisfies us. But here, although our villain’s reasons are in no way excusable and are completely vile, we at least have an answer. This humanizes the bad guy. Makes him less important. Let’s us take back power vicariously, through Mara. And basically, that’s just brilliant story telling.

Read it, and you’ll see what I mean!


Five HUGE stars for this one! I can’t wait to read more of this series.